#44
Whoosh over Bobs head that one Bear

#45
I simply chose to ignore such childish, tenuous links....

#46
Bookies closed the odds so I guess we should know tomorrow??

Stevenage manager Graham Westley has resigned with the club bottom of League Two, ending his fourth spell as boss.
Former Stevenage forward Alex Revell, 36, has been placed in charge for the final 12 matches of the season.

#48
Hastings said:
Bookies closed the odds so I guess we should know tomorrow??
Click to expand...
Betting suspended I reckon tomorrow could be spot on Hastie
A

#51
I reckon it will be someone we aren't expecting

#53
Charlie as player/manager could work...

It's understood Evatt was told at the back end of last week that he's not in the frame due to his lack of experience.

The Blackpool legend, who made over 200 appearances for the club as a player, would be interested in talking to the club. 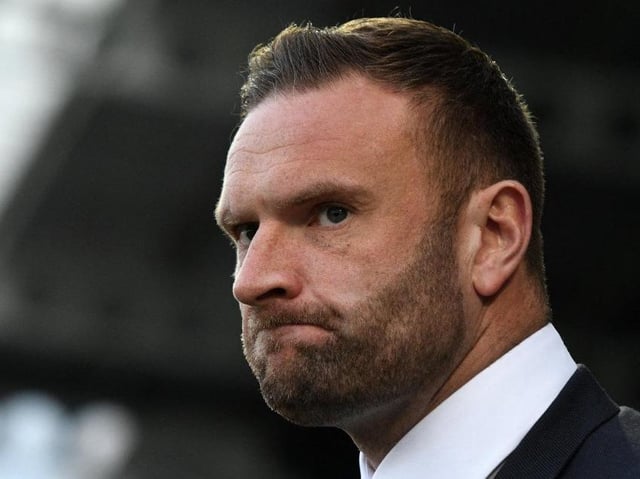 It's understood Evatt will not be considered for Blackpool's managerial vacancy

But it's believed the hierarchy at Bloomfield Road are not holding a traditional interview process.
Evatt's Barrow side are currently top of the National League table, four points ahead of second placed Harrogate Town with a game in hand.
In his second season in charge at Holker Street, Evatt has Barrow on course for a first return to the Football League in half a century.
Nathan Jones remains the bookies' favourite to take the Blackpool job, which was vacated last week when Simon Grayson was sacked after just seven months in charge.

It was reported last week that Jones was Blackpool's first-choice for the role, but it's understood the Welshman has doubts.
The former Luton Town man is reluctant to relocate to the Fylde coast and is still receiving a payoff from his last job at Stoke City, where he was given the boot in November of last year.
Paul Heckingbottom, who worked with chief executive Ben Mansford at both Barnsley and Leeds United, is currently the bookes' second favourite to take the job.

#55
I heard a rumour that it's going to be John Toshack ably assisted by Terry Yorath. Ian Rush will be selling the pies too....

#56
you carry on thinking about it, were Blackpool FC not some tin pot north london club. Move on SS plenty better about.
B

#57
Looking at the somewhat fanciful list in the Gazette I think there is only one outstanding candidate, Paul Tisdale. Don't know anything about Sergio Lobotomy Rodriguez though.
B

#59
I saw that too Bear, yet another Blackburn connection