A Farewell message to America...

#1
Such a great country, yet so many dreadful flaws and still at it's heart, so much to admire:

Will it ever truly be great again? Can't help but feel that in my lifetime America has lost it's way and needs some form of national rebirth..

The America I give thanks for (as I depart) 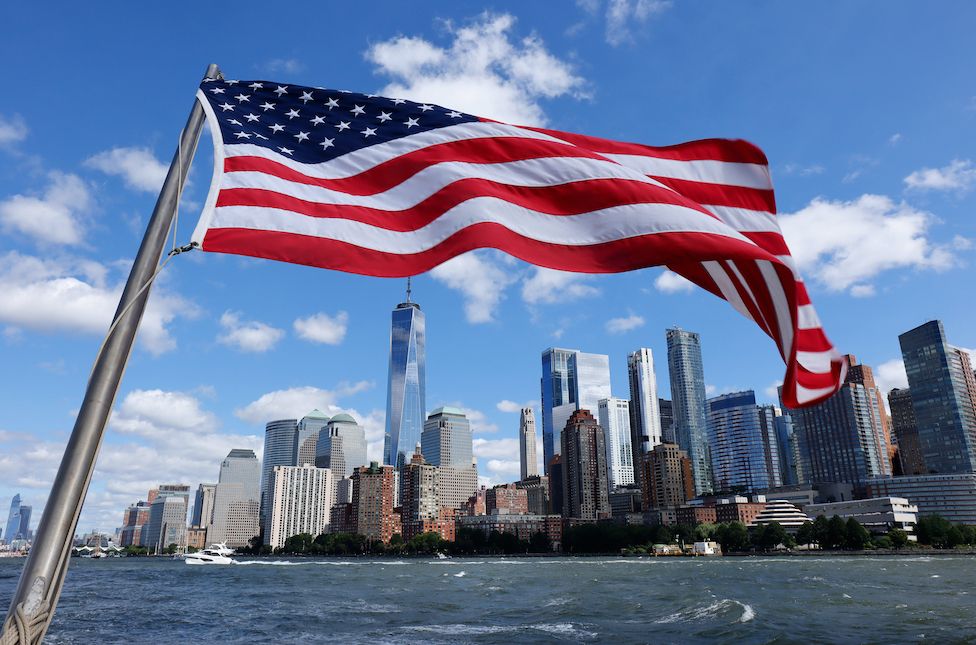 Image source, Getty Images
Across America in a few hours' time, turkeys will be going into ovens, millions will be hurrying from regional airports to get to see loved ones, roads will likely be jammed.

That said, Thanksgiving is the loveliest of occasions. It is the midpoint between the ghastly excess of Halloween and the naked commercialism of some aspects of Christmas. And it is not about feverishly unwrapping presents. It is about families and friends coming together and giving thanks.
My most vivid - and painful - Thanksgiving was in 2017.

We were across the road at our friend Jeff's in Georgetown. A few months earlier his wife, who was 39, had died of a very aggressive cancer. But round the table we went, taking it in turns to say what we gave thanks for - including his kids - Eleanor who was then 10, and Charlie who was eight. They spoke of the support of friends and family and how this had been of comfort to them in this unspeakably horrid year.

Strangely perhaps, it was an occasion that underlined to me what is great about America - the positivity, the optimism, the hope - and yes, resilience too.

This will be my eighth and final Thanksgiving before I move back to the UK, and the thing that has struck me about living here is the courtesy, respect and old-fashioned politeness.
When I tell Americans there are those in Britain who could learn from this, they seem startled. Surely, they ask, Britain - with its royal family - is the epitome of etiquette and courtliness. I ask if they've ever tried to get on the Victoria Line at Oxford Circus in the rush hour.

But there will be a lot of families who won't be gathering this year.

A friend from Ohio - the kindest, most gentle soul - says his family won't be getting together because of toxic divisions that have come to the fore in the past few years. He works in the media and is sick of having his family telling him he works for fake news. It has been a growing and depressing phenomenon in America, where the list of no-go topics for the dinner table is now so extensive, better to call the whole thing off.

There have always been divisions in the US, some of them going back to America's original sin, slavery. And recent court cases have underlined the profound feeling of grievance that the legal system doesn't work equally for black and white defendants. 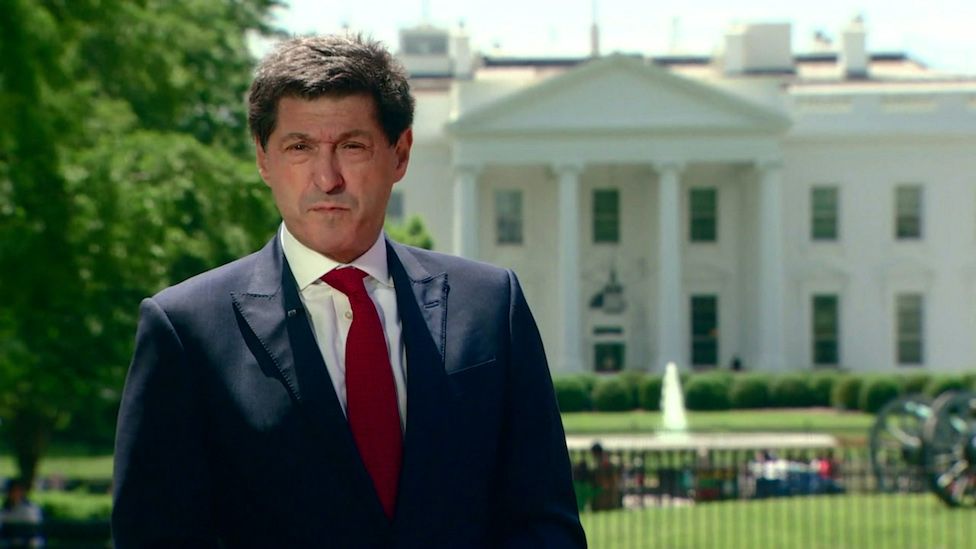 Image caption,
Jon Sopel has been based in Washington since 2014
But the list seems to grow daily.

Abortion, guns, capital punishment - those divisive issues go back decades. But today we can add to that taking a knee, cancel culture, LGBTQ rights, critical race theory, defund the police (was ever a slogan better designed to alienate a lot of people?).

And of course the casus belli for the attempted insurrection on January 6th, the "stolen election" - which of course wasn't stolen.

These fissures became full-scale tears during the Trump presidency, when America was either passionately pro the 45th commander in chief, or downright hostile. Few were indifferent. And so crazy things have become a political dividing line.
In the South there were restaurants and bars that banned people from entering if they WERE wearing a mask. Just think about that. In the land of the free, during a pandemic, some would deny you the choice of wearing a face covering for your and others' safety, because PPE had become political.

There was a recent governor's election in Virginia, where the Republican pulled off a hugely impressive victory. But the Democratic candidate had a 14-point lead - among those who'd been vaccinated. That's astonishing. Being jabbed in the US is now an indicator of likely voting behaviour.

In September I was in New York for the 20th anniversary of 9/11, a scarring moment for the US back in 2001, but an event that united the country.

That was in those innocent pre-social media days.

Sure, there were the odd conspiracy theories - it was a Zionist plot (for reasons I've never been able to quite fathom), but they didn't have the highly inflammable propellant of algorithms back then, nor bad actors - state and non-state - who could sow confusion and chaos with such apparent ease. I really do wonder what it would take to unite this nation today.

Joe Biden came to power promising to lower the political temperature and to bind the wounds of a fractious nation, but there's no evidence that he's succeeding in that.

Inflation is rising, the pull-out from Afghanistan was catastrophic, Covid has not gone away, there are supply chain issues that threaten Christmas - and his approval ratings are diving, despite getting his massive programme of infrastructure improvements through Congress.

So this Thanksgiving, there will be the turkey and all the trimmings - but a lot of Americans feeling thankless, even when this beautiful, wealthy, creative, entrepreneurial country still offers so much opportunity.

This lunchtime I will give thanks for my time here, for the journalistic assignment of a lifetime, for the wonderful American friends I've met - and will keep.

I will also give thanks for the weather. America has far more bright, clear days than Britain. Sunlight is the norm. But I will keep to myself my dread - of returning and listening to those soul-sapping weather forecasts: "It will be overcast with thick cloud and drizzle…"
Happy Thanksgiving

What I'll miss (not in any order)
Sunshine
National parks and the great outdoors
Skiing in America - so much better organised
Fabulous geographical diversity
Weather reports - so much weather here
Paved cycle trails through stunning countryside
College sport - particularly March Madness basketball competition
Being able to watch all the Premier League football matches you can - even the 3pm kick offs (which you can't in the UK)
The singing of the national anthem
Burgers and fries
Can do attitudes/innovation
Georgetown
Washington museums and memorials
The device on petrol pump nozzle where it automatically clicks off when tank is full, so you don't need to keep hand on it (not significant I know)
Epic complexity of Washington politics
Friendliness and kindness
Work ethic

What I won't miss

Guns - worst bit of my seven years has been going to all the mass shootings
Endless TV ads for prescription drugs promising miracles for first 20 seconds and warning of - in rare cases - catastrophic death in last 20 seconds
Endless political ads during election season that just make you want to live on a desert island
A terrible health system that only works if you have money
Hearing people in front of me at the pharmacy saying they can't afford the drugs they've been prescribed
Seeming lack of interest in what happens in the rest of the world
Restaurants (this is a whole subsection)
- Food that is often too salty or too sweet
- You feel you have to tip 20% cos staff are so badly paid
- Ludicrous hierarchy where you can only talk to waiter/waitress allocated to your table, and not get service from anyone else
- Also why is the person who pours your water never able to take your food order
- Surf and turf - do one, but not the other
Being asked my opinion endlessly about Charles and Diana/William and Kate/Harry and Meghan - the royal family is an obsession

#2
Spent a long time in California one way or another over the years, working and playing, an amazing country.

I wonder what (if anything!) Americans would miss about living here?!